On Saturday 7th January, 2017 Restoration of Human Rights (ROHR) Zimbabwe human rights activists from various cities and towns in the UK converged at The Royal Festival Hall in central London for a meeting and the official launch of the Central London Branch of the UK Chapter of ROHR Zimbabwe. The meeting was co-chaired by George Shambela (in his capacity as Chairperson of the Steering Committee of the UK Chapter) and Paradzai Mapfumo (one of the three Board members present). It started at noon.

The meeting was a culmination of a process, the brainchild of Mary Nyarai Muteyerwa that started with the coming together of members resident in London and environs to form a branch. After a period of caucusing via a bespoke WhatsApp group they then elected an executive branch committee on 7th December, 2016. This committee then convened this branch launch meeting of 7th January, 2017 which was presided over by three Board members, Stendrick Zvorwadza, Paradzai Mapfumo and Panyika Anselm Karimanzira who officially endorsed and unveiled the new branch committee.

After the usual civilities and protocols the guest speakers were given the floor followed by a question and answer question per speaker. John Burke spoke about his organization, Zimbabwe Human Rights Organization (ZHRO) summarised its constitution and outlined its aims and objectives as well as how to join it. He also described the challenges that were currently being faced by Zimbabweans seeking to regularise their stay in the UK and how ZHRO could help.

Peter Sidindi, a veteran activist, spoke of his organization, MaZimbabweans Yes We Can (MZYWCAN). His address was in the same format as John Burkes above. He also went on to give practical recent examples of the work his organization does.

Another veteran activist, Arthur Molife weighed in with a similar address to Peter Sidindi’s, putting emphasis on the need for proper evidence gathering and assembling as well as maintaining integrity right throughout the process.

A common thread amongst the speakers was a call for unity amongst different Zimbabwean human rights groups in the UK.

There was also a lively question and answer session during which everyone present contributed to the ensuing discourse covering a wide range of topics, including ROHR Zimbabwe’s ongoing involvement with and impact on the activities on the ground in Zimbabwe. 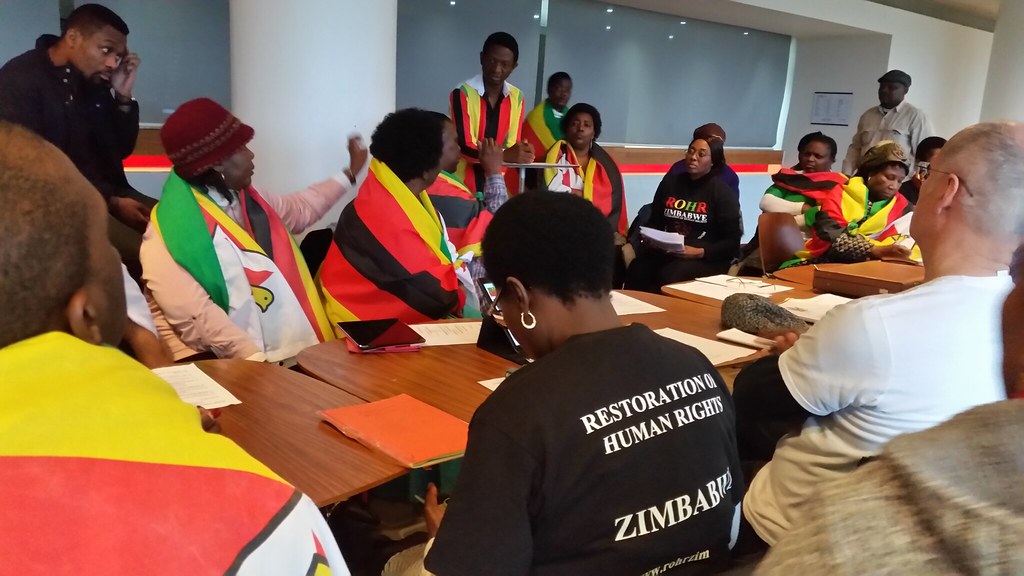