On Saturday 12th September, 2015 Restoration of Human Rights (ROHR) Zimbabwe human rights activists from Greater Manchester, Leeds, Crewe, Stock-on-Trent and Kent in the UK converged at 75 Summerville Road, Salford M6 7HG, Manchester for a meeting of the combined Manchester & Liverpool Branches which started at 2:00 pm and ended at 6.00 pm.

The meeting discussed, among other things, the worsening human rights situation in Zimbabwe whose recent highlights were the disappearance of political and human rights activist, Itai Dzamara on 9th March, 2015 at the hands of suspected state agents and the persecution and dispersal of vendors from cities and towns which started in June 2015, accompanied by Police brutality and is ongoing.

Other issues discussed included possible ways of sustaining the fight for the restoration of human rights in Zimbabwe. A fresh suggestion, from Deborah Jandles, was the staging of sustained joint demonstrations / prayer meetings throughout various cities in the UK to put the spotlight on the situation in Zimbabwe and gain international support.

The meeting noted the ongoing infighting within the ruling party in Zimbabwe which tended to put political expedience ahead of the need to respect the rights of the citizens and which has further worsened an already dire economic situation which in turn is bringing more suffering to the average person in Zimbabwe.

The meeting also discussed The Universal Declaration of Human Rights in considerable detail as well as the Aims & Objectives of ROHR Zimbabwe. This was in line with the ongoing theme “Who is a human rights activist” and especially for the benefit of new members.

The meeting was interactive with everyone participating in the proceedings. At its conclusion, the meeting resolved, among other things, to agitate for the convening of a national meeting – UK, as soon as possible where certain detail could be shared with the rest of the members in the UK and where information would be exchanged among members. 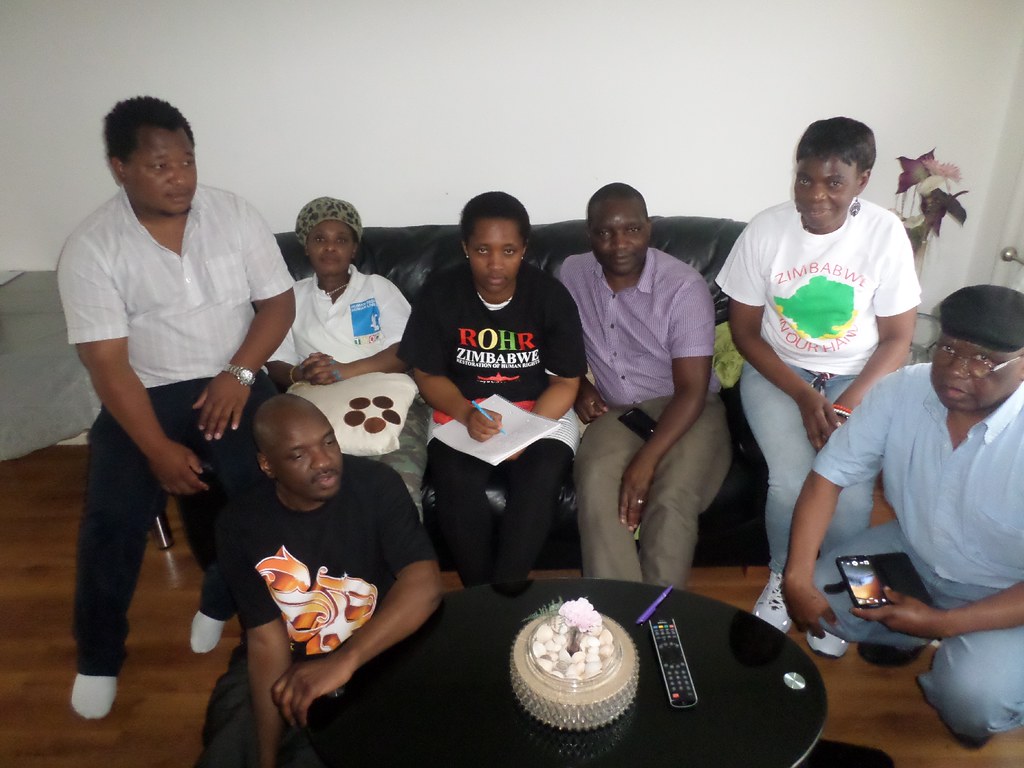