On Thursday 30th June, 2016 more than a dozen placard-wielding and chanting Zimbabwean human rights and political activist’s resident in the UK demonstrated

at The Zimbabwean Embassy in London. They belonged to the original ROHR (Restoration of Human Rights) Zimbabwe,

The demonstration was against the continued persecution of human rights and

political activists in Zimbabwe by state agents, the rampant corruption by senior politicians in the government of Zimbabwe, the demolition of people’s homes, the harassment of vendors, the selective application of the law and the general

disregard of the Constitution of Zimbabwe by the Zimbabwean Government.

Prominent among the issues flagged by the demonstrators, is that of Itai Dzamara

who was abducted on 9th March, 2015, presumably by the dreaded CIO agents, in

Glen View, Harare and has never been seen again.  A journalist by profession,

Itai Dzamara, through his Occupy Africa Unity Square movement, is famed for a

sustained and unequivocal campaign for the resignation of the tyrant Zimbabwean

on bail, facing frivolous charges of threatening to burn down the Rainbow Towers

hotel. He had demonstrated at the five star Harare hotel on Friday 24th June, 2016

Mphoko move out of the expensive hotel into a $3.5 million worth government

They are still being hounded by state agents.

member. He is also the Chairperson of NAVUZ (National Vendors Union Zimbabwe)

and is a prominent fighter for social justice across the board.

One of the organisers of the demonstration, Pythias Makonese, who was also

responsible for the publicity of the event, engaged inquisitive members of the public

that the demonstrators had. One of the petitions was to the SADC and the AU, one to

the Government of the United Kingdom and the third to the European Union.

He highlighted the non-alignment of Zimbabwean laws, through legislation, to the

Zimbabwe was exploiting the situation to deny citizens their rights.

and Grace Makoni also gave brief interviews to the media during the demonstrations.

The demonstration started around 11.00 hrs and lasted until around 12.15 hrs after the

embassy had closed down for business for the day. 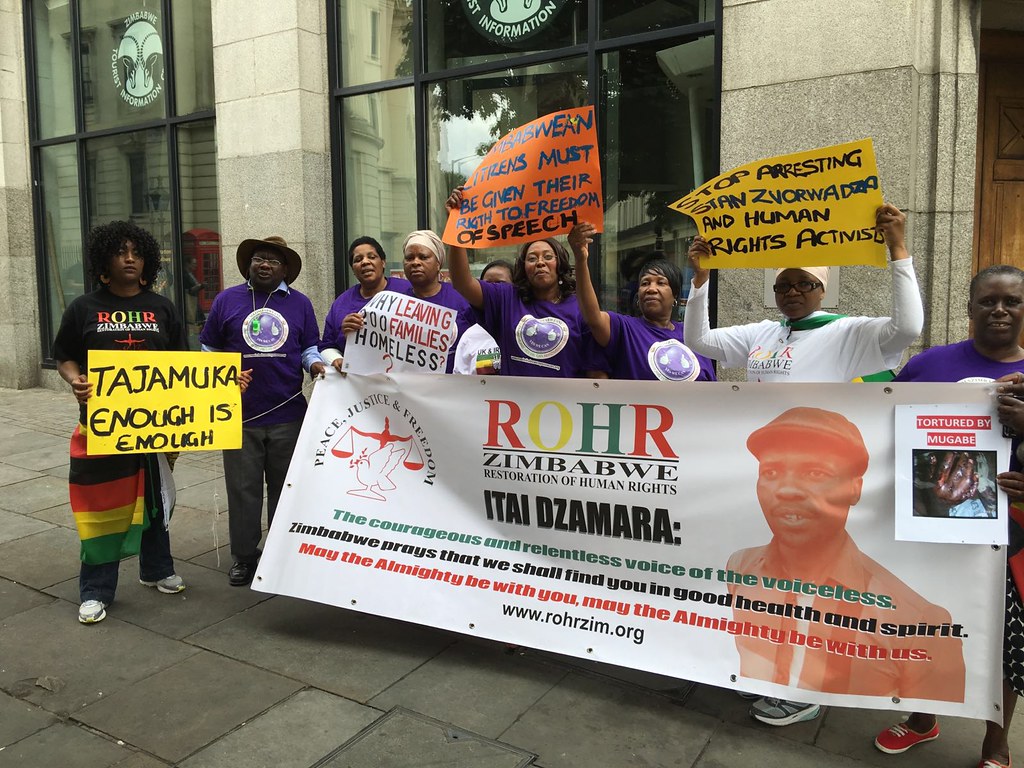