This was the culmination of a lengthy bureaucratic process which started around mid-2015 and involved liaison with multi layers of authority in the Ministry of Education.

Dungwiza Primary School is the smallest school in St Marys and has an enrolment of about 872 pupils, most of whom are from a very poor background.

The donation was under the auspices of ROHR Zimbabwe’s recently launched Education Assistance Programme (EAP) which will see many needy schools around Zimbabwe receiving donations of pens and, possibly, other items of stationery from ROHR Zimbabwe

The EAP is being coordinated by ROHR Zimbabwe’s programmes team comprising Douglas Shumbayaonda (Shumba) and Justice Manayi with the support of a finance and administration team comprising Getrude Marjory Kamhunga and Olivia Chikunichawa.

The donation event was officiated by Hon. Unganai Dickson Tarusenga MP, in his capacity as Member of Parliament for St Marys Constituency. It was attended by, among others, a local Councillor, Dungwiza Primary School’s Headmistress, Mrs Masengwe, a number of school staff members and the ROHR Zimbabwe duo of Messrs Douglas Shumayaonda and Justice Manayi.

A common thread in the speeches delivered by the MP, the Headmistress and the Councillor was gratitude for the donation and a plea for similar donations in future to this school and other schools in the impoverished St Marys Constituency.

ROHR Zimbabwe would like to thank its members in the UK for mobilizing the resources that made shipment of the pens to Zimbabwe possible and to make special mention of the following members of ROHR Zimbabwe’s UK Chapter for making contributions towards the logistics of this particular donation process;- Mary Chabvamuperu, Mary Muteyerwa, Bridget Mupotsa, Morella Gertrude Nhau, Rodah Kuhlengisa, Panyika Karimanzira and Paradzai Mapfumo.

ROHR Zimbabwe is awaiting the green light from the Ministry of Education to proceed with similar donations to numerous schools across Zimbabwe and will be appealing to its members in the UK for contribution towards the cost of the logistics as and when such need arises.

To view some of the pictures and a video taken at the event, click here or follow the link below. 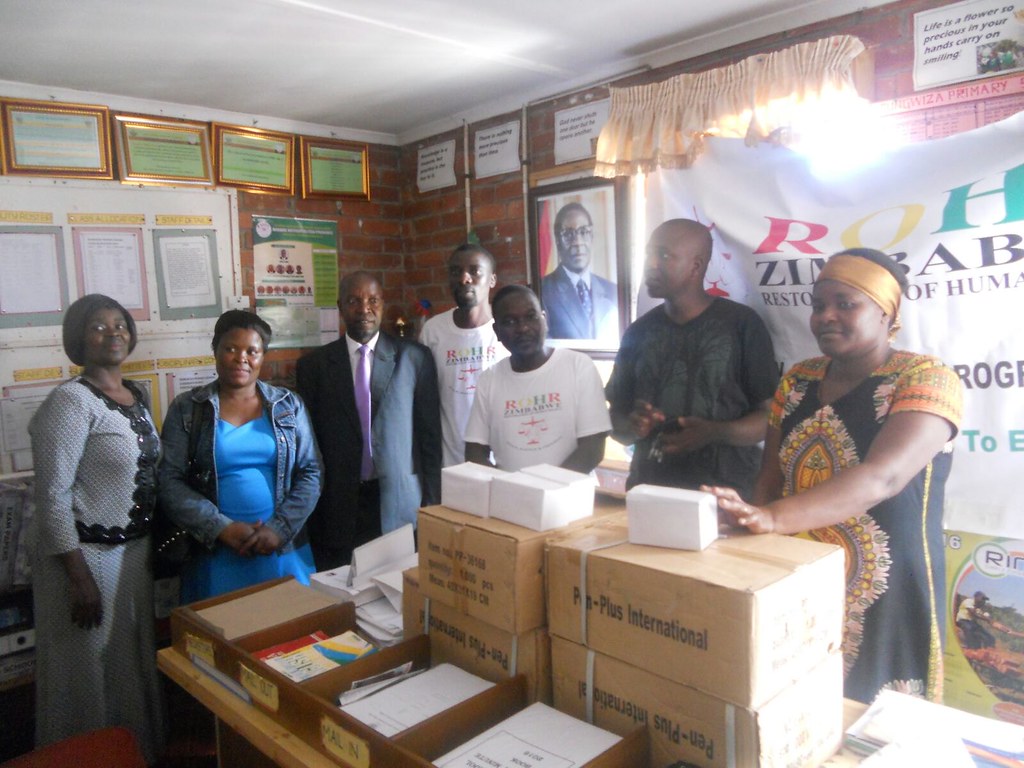