On Friday 6th November, 2015 scores of Zimbabwean Human Rights Activists resident in the UK converged at The Willows Medical Centre, Church Street, Carlton, Nottingham NG4 1BJ, Nottinghamshire. This was to demonstrate against Dr Sylvester Nyatsuro, a British Citizen of Zimbabwean descent, who runs the medical centre for having grabbed Kingston Deverill Farm in Centenary, Zimbabwe from Phillip and Anita Rankin.

Phillip and Anita Rankin, the owners, are white Zimbabwean citizens who had worked and invested heavily on the farm for over 30 years. Dr Sylvester Nyatsuro and his wife, Veronica are said to be connected to Grace Mugabe, wife of the Zimbabwean president who has presided over a bloody “land redistribution exercise” which mainly involves the violent invasion of white owned commercial farms by blacks, mainly at the behest of war veterans, politicians and their cronies

The demonstration, which started around 13.00 hrs, was organized by The Super Vigil which draws its management mainly from members of two human rights organizations, namely, Zimbabweans Yes We Can and the original and authentic Restoration of Human Rights (ROHR) Zimbabwe.

The drum-beating and placard wielding demonstrators drew the attention of the public through their energetic singing and dancing, denouncing the barbaric grabbing of a farm from professional farmers by a medical practitioner, who by virtue of his residence in another continent would effectively be an absentee farmer.

From time to time the demonstrators were joined in the singing and dancing by local people and passersby, all of whom expressed solidarity with the cause, especially the aspect of denouncing the lack of rule of law and that of institutionalized racism in Zimbabwe.

Speaker after speaker denounced the idea that the Zimbabwean Government, instead of protecting its citizens, the Rankins, actually aided the farm grabbers and would be absentee farmers, the Nyatsuros and noted that this was blatantly on racial grounds.

The demonstrators dispersed at around 17.30 hrs and vowed to return to the Willows Medical Centre in future, for similar demonstrations, if the Nyatsuros continue with the invasion of the Rankins’ Farm. 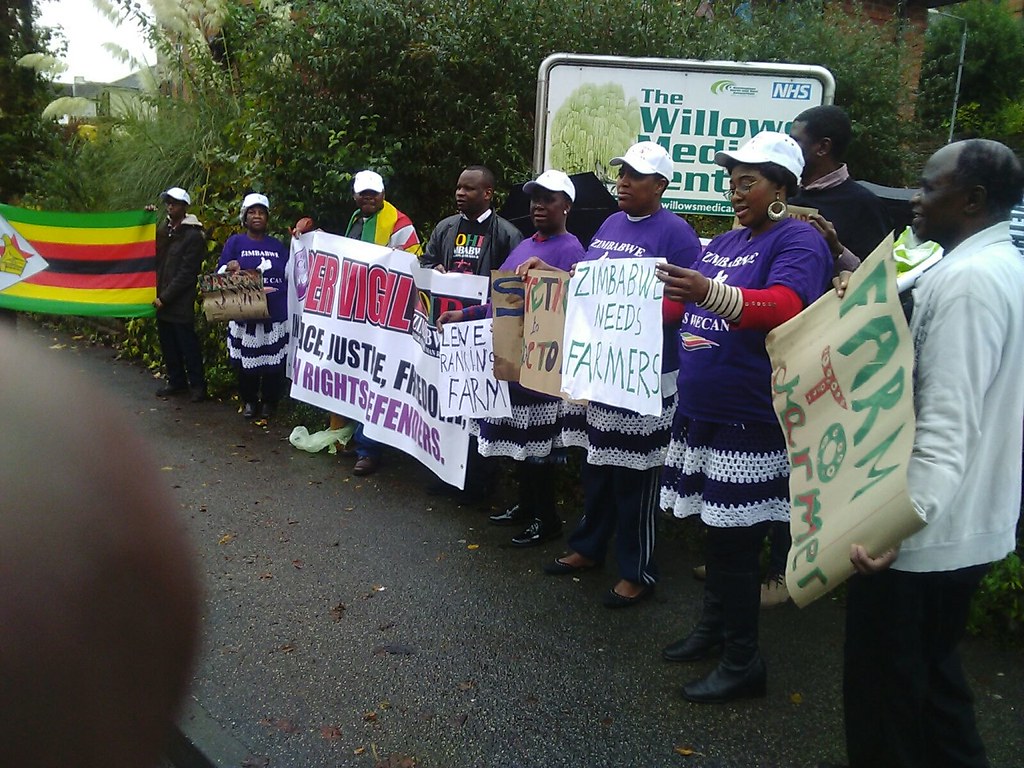