On Saturday 4th February 2017, 14 members of the Central London branch of Restoration of Human Rights (ROHR) Zimbabwe’s UK Chapter, converged at The Royal Festival Hall in central London for a general meeting.

The meeting started at 12.30 hrs and was chaired by the branch chairperson, Mary Muteyerwa who is also the Treasurer in the Steering Committee of the UK Chapter of ROHR Zimbabwe.

George Shambela, the branch secretary, who is also the Chairperson of the Steering Committee of the UK Chapter of ROHR Zimbabwe took the minutes.

Sibongile Bvungidzire, fundraiser in the branch executive committee, led the opening prayer after which members in attendance were requested to make self-introductions.

The meeting acknowledge and made special mention of the notable sterling work  of the branch fundraising team duo of Sibongile Bvungidzire and Bridget Mupotsa whose efforts saw the branch raise a considerable sum of money on this particular occasion alone.

Special mention was also made of the evergreen Margret Tandi, the Organizing Secretary for the branch, whose sterling work resulted in a good turnout. Over and above mobilizing for the meeting, she also provided home-made cookies and refreshments.

The Information & Publicity team comprising Pythias Makonese and Kingstone Jambawo was also singled out for special mention for their notable publicity efforts in the run up to the meeting.

During a lively question and answer section of the meeting one question stood out. This was to do with whether or not members should participate in joint vigils under the Super Vigil banner at the Zimbabwean Embassy in London on Saturdays. The final consensus was that members were free to make individual choices in accordance with the freedom of association as enshrined in the Universal Declaration of Human Rights, in particular article 20 which reads;-

(1) Everyone has the right to freedom of peaceful assembly and association.

(2) No one may be compelled to belong to an association.

With all the agenda items having been disposed of, the Chairperson Mary Muteyerwa declared the meeting closed at 15.05 hrs. 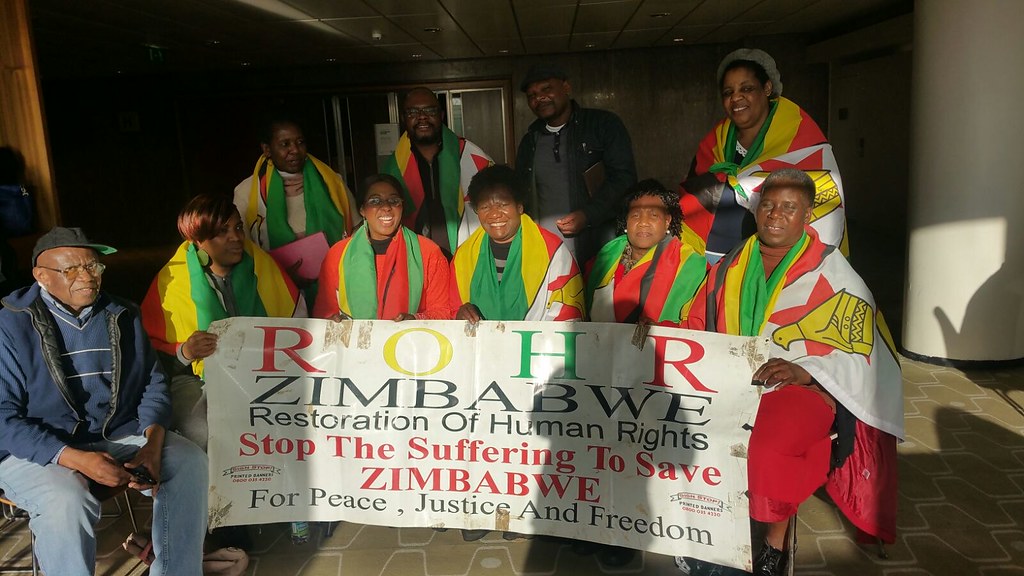